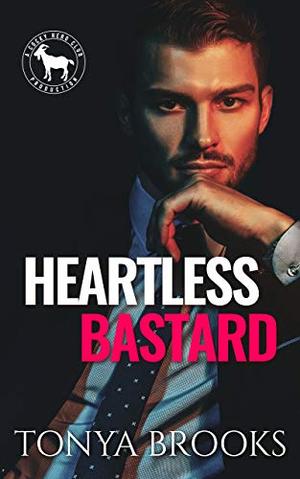 A past shrouded in secrets.
Memories tainted by lies.

One look and Ford Hammersmith was mesmerized,
Haunted by amethyst eyes.
Obsessed with a woman he doesn't remember… yet can't forget.
The mysterious Callie Rose holds the secrets to his past,
The key to his future happiness.

His soul ravaged by the echo of love lost,
The heartless bastard will stop at nothing to reclaim her heart.
A cruel twist of fate brought them back together,
Will a decade of pain and betrayal keep them apart?

Heartless Bastard is a contemporary romance written in Vi Keeland and Penelope Ward’s Cocky Hero world and inspired by their bestselling novel, Stuck-Up Suit. It's also the first book in Tonya Brooks exciting new series, Rich Ruthless Bastards. They're rich, they're ruthless, and they're bastards in every sense of the word.
more
Amazon Other stores
Bookmark  Rate:

'Heartless Bastard : A Hero Club Novel' is tagged as:

All books by Tonya Brooks  ❯