by Shanna B. Talley 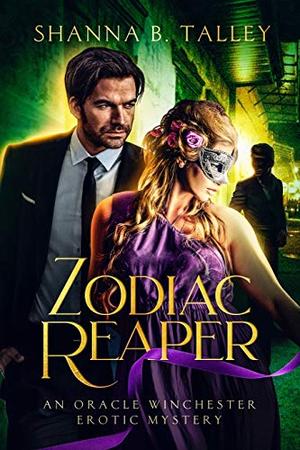 The life of Oracle Winchester has returned to the partial normality she had become accustomed to before the Marquis killer wreaked havoc across the globe and in the city of New Orleans. Oracle was in the midst of a full blown erotic affair with the dashing Drake Blackthorne and the dark desires, the undeniable lust and craving for one another has brought them closer. However, Oracle still carries the secrets of her past that haunt her to present day and those secrets put Drake and everyone around her in mortal danger. He thinks he has broken through her armor but has he really? The dark figure that plagued her for years has returned in full force to her life. He keeps watch and assures the terror and fear he inflicts on Oracle is never far from her mind. Another killer has taken up the mantle of terrorizing New Orleans and wants to assure the city knows his name. Oracle is tapped to help catch him but can she? Her own disturbing past and dark secrets she keeps locked away threaten to destroy the newest chapter of her life with Drake. It's exactly what the dark figure that lurks in her dreams and on the streets of the French Quarter wants. Her destruction.
more
Amazon Other stores
Bookmark  Rate:

'Zodiac Reaper' is tagged as:

Recent books by Shanna B. Talley