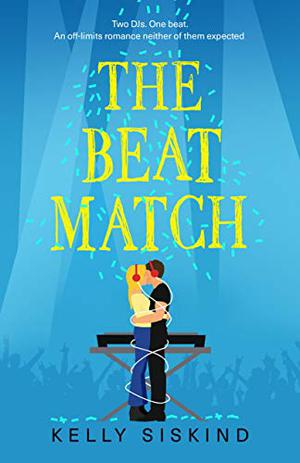 Two DJs. One beat. An off-limits romance neither of them expected.

Weston Aldrich is known for his devastating looks and crisp Italian suits. He's been groomed to take over his family business and is on the brink of closing a massive merger. Only two wild cards can derail him.

Wild Card One: If anyone learns he moonlights as a masked DJ, his credibility will be toast.
Wild Card Two: Annie can’t-hold-a-job Ward.

The Annie Ward he promised to help raise after her brother died. The scatterbrained girl who makes it her mission in life to drive him crazy. The gorgeous woman he’s not supposed to fantasize about, let alone kiss.

Annie hates Wes’s insanely overprotective nature, and how his ridiculous bone structure makes him look like a Greek god. His jokes about her plethora of jobs are beyond irksome. She has no plans to tell him about her latest aspiration, to match beats as a budding DJ. Until she learns what Wes does at night. Now she plans to prove Weston Aldrich has met his match.
more
Amazon Other stores
Bookmark  Rate:

'The Beat Match' is tagged as:

Similar books to 'The Beat Match'

Buy 'The Beat Match' from the following stores: