A Dusting of Syn 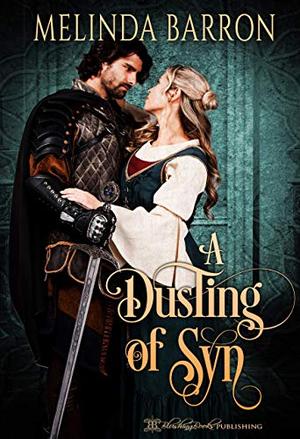 As the seventh son of a duke, Keran of Bristol never thought to have his own lordship. So when King Edward IV offers him a bride and a castle near the Scottish border, he is ecstatic. However, when he arrives at the country keep, he finds that His Majesty's court is not the only place where intrigue resides. Syndra of Mardoon knew that after her father's death, her stepmother would never allow her to be anything more than a servant in her own home. Threatened with the death of her friend if she doesn't cooperate, she hides in the shadows while her younger half sister is introduced to the new lord as his intended. With the scheming ploys put forth by her stepmother already in play, Syndra is reluctant to believe that the handsome new lord can set things right at Mardoon. But one touch of Keran's lips convinces Syndra otherwise, and she finds herself surrendering to him... mind, body and soul.
more
Amazon Other stores
Bookmark  Rate:

'A Dusting of Syn' is tagged as:

Similar books to 'A Dusting of Syn'

Buy 'A Dusting of Syn' from the following stores: