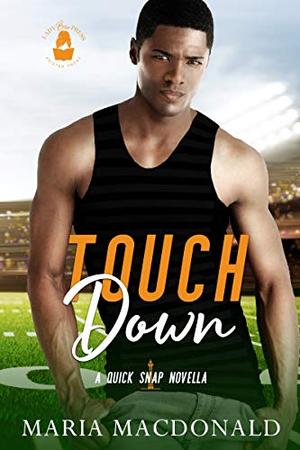 Touchdown is part of Kristen Proby's With Me in Seattle Universe.

For a short, skinny, poor girl, I’m scrappy, focused, and not in the habit of falling over myself for a guy.
Until Solomon ‘The Boss’ Lee comes along.
Not even throwing food on his crotch has stopped him from pursuing me.
And while I’ve told him I’m not like the other women he’s dated, he doesn’t seem to care.

From the moment Jasmine threw food on my dick, I knew I was gone for her.
I had to have her.
Though making her mine may be the most difficult stance I’ve ever had to take.
The thing is, I don’t want the points with anyone else.
I want the touchdown with her.
more
Amazon Other stores
Bookmark  Rate:

'Touchdown: A Quick Snap Novella' is tagged as:

Buy 'Touchdown: A Quick Snap Novella' from the following stores: