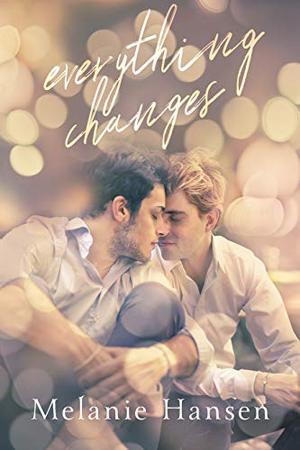 A childhood in foster care taught Carey Everett to hold tight to what he has. Enlisting in the Marines gave him purpose, but a life-threatening injury ended his career—and took his leg. Now fully recovered, Carey’s happier than he’s ever been. He has a fulfilling job, a chosen family and, best of all, a cherished friendship with Jase DeSantis, the platoon medic who saved his life.

Despite Jase's heroism in combat, he's haunted by his actions overseas. Playing music with his band keeps the demons at bay, but it’s a battle he’s starting to lose.

After a week of sun and fun in San Diego, Jase and Carey’s connection takes an unexpected turn. With change comes a new set of challenges. For Jase, it means letting someone else into his deepest pain. For Carey, it’s realizing love doesn’t always equal loss. In order to make their relationship work, they’ll have to come to terms with their pasts…

…or risk walking away from each other for good.


Author's Note: UPDATED AS OF SEPTEMBER 2020! In this version, Jase and Carey’s basic story remains the same, but it’s approached in a very different manner. Rewritten from the ground up, and re-edited, this story is definitely one I can be more proud of. Also, if you’d like a peek into how Jesse and Trevor from Point of Contact are doing, this is the book for you! I hope you enjoy.
more
Amazon Other stores
Bookmark  Rate:

'Everything Changes' is tagged as:

Similar books to 'Everything Changes'

All books by Melanie Hansen  ❯

Buy 'Everything Changes' from the following stores: