by Sabrina A. Fish 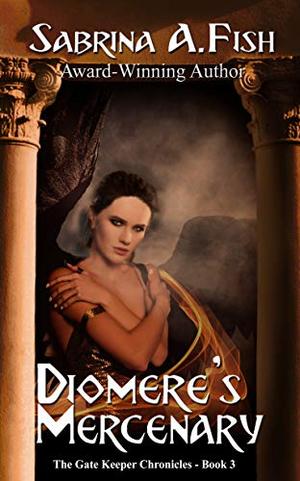 Ripped from her home and sold to the mercenary guild as a child, Kardia Quinones overcame her father’s betrayal and made a place for herself as a respected mercenary. Then war threatens her beloved guild and her homeland.
Sahir Mekala wakes after twenty-three years to find his people on the brink of war and his intended mate unwilling to accept him. But dragons are as stubborn as harpies and he’ll let nothing stop him from claiming her.
When Kardia and Sahir find themselves working together, sparks fly. Despite Kardia’s reluctance to ever trust another male, Sahir sets out to prove exactly how perfect the match between a dragon and harpy can be.
more
Amazon Other stores
Bookmark  Rate:

'Diomere's Mercenary' is tagged as:

The 'The Gate Keeper Chronicles' series

Recent books by Sabrina A. Fish

All books by Sabrina A. Fish  ❯