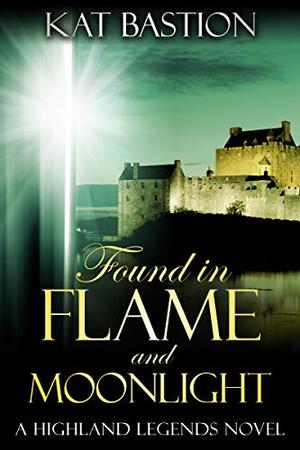 Kat Bastion returns for the final installment in the award-winning Highland Legend series… Found in Flame and Moonlight.

Under siege by monumental forces, a magickal castle unites a medieval laird and a twenty-first-century assassin to save it. But will the two headstrong souls survive each other?

Gawain Brodie has hardened his heart to women. Certain that females only bring heartache, the warrior focuses on battles and strategy as one of his clan’s elite guard. Until two things are thrust upon him: the rule of his clan and a fiery sorceress as his mate.

Chelsea Smith has grown up in Southern California, one of the rare few belonging to a secret group of assassins. Trained to shun emotion, and expert in harnessing Earth’s elemental power, she has a bright future ahead of her within her shadow organization. Until time itself decides her only future lies far in the past.

Neither is happy with the arrangement. Yet both see an opportunity for adventure. And pleasure. No emotions. All adrenaline. And while they’re at it, save a magickal castle from disappearing. Permanently.

What could possibly go wrong?


*** Found in Flame and Moonlight is a standalone full-length romance told in dual POV. Due to mature themes and adult language, this book is for those 18 and older. ***
more
Amazon Other stores
Bookmark  Rate:

'Found in Flame and Moonlight' is tagged as:

Similar books to 'Found in Flame and Moonlight'

More books like 'Found in Flame and Moonlight'   ❯

Buy 'Found in Flame and Moonlight' from the following stores: