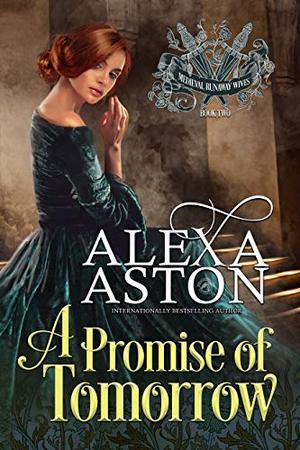 A widow longing for love but threatened by scandal. A charming rogue who has love to give but not a penny to his name. Two souls yearning to be together yet separated by tremendous odds . . .

As a third son, Englishman Ashby fitz Waryn has neither a title nor grand estate, but he does have a lifelong friend in Lord Garrett Montayne, the earl he serves. Garrett sends Ashby to France to learn more about winemaking, an investment the Montaynes have been involved with for decades. Ashby journeys to Monteville, an estate in Bordeaux, where he becomes knowledgeable about grapes—and unexpectedly falls in love with Marielle de la Tresse, a married comtesse in a loveless marriage.

Marielle Matesse was blamed for her twin sister’s death, spending ten years in a convent as punishment. Returned to her parents, she hopes to start a new life when an older man, a wealthy comte, takes her as his bride. The marriage is loveless and childless and her life dull—until a handsome Englishman comes calling.

But Marc de la Tresse refuses to give up so easily, imprisoning Marielle’s family in Monteville’s dungeons. They will be left to die unless Marielle returns to France and marries her husband’s killer.

Can Ashby outwit Marc and claim the love he’s hungered for, or will Marielle sacrifice her freedom to save the family that abandoned her?

Each book in Medieval Runaway Wives is a standalone story that can be enjoyed out of order. Read FREE in Kindle Unlimited!

'A Promise of Tomorrow' is tagged as:

Similar books to 'A Promise of Tomorrow'

Buy 'A Promise of Tomorrow' from the following stores: