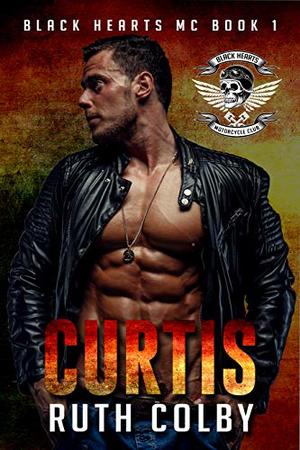 Being the president of the Black Hearts Motorcycle Club has its advantages and disadvantages. I joined up with the Black Hearts when I was a 17-year-old runaway looking to prove himself. I moved up the ranks, and now at age 30, I'm one of the youngest presidents on record.

She isn't for people like us. She probably wants to date some guy who wears a suit and a tie to work. I can't quit this life just yet. I'm not ready to go straight right now, and that's what a woman like that would want. She wouldn't want to get involved with a man who ran drugs and illegal gambling operations for a living.

I know I should stay away from her and that she deserves better, but there is just something about the pretty, sassy doctor that just keeps drawing me in.

Her smile lights up her entire face, and I feel something shift inside of my chest. She isn't going to be one of those women who is just a one-night stand. I think she might have the power to change my life.

It feels good to be with her, maybe a little too good, and I know that if I want to keep her, I will have to make some changes in my life

I pace back and forth in the house, looking out the window at the scenery. The hospital was slow today, and ever since getting home, I can't seem to settle. All I can think about is the offer Curtis made to go for a ride on his bike. I know it isn't something that I should do because he's a criminal, and I am an upstanding and law-abiding member of the community, but there's just something about him that draws me in. I want to dig behind that charm and snark, the bad boy image that he projects, and get to know the real man underneath. I have a feeling that there is a lot more to him than being the son of terrible parents and the president of a motorcycle club.

I will not overthink this; I will enjoy it for what it is. When it ends, as it surely will because we are from two different worlds, I will have the memories of this fun and illicit affair. As much as I am starting to care for him, this isn't my world, and I don't want to be part of it.
more
Amazon Other stores
Bookmark  Rate:

'Curtis' is tagged as:

All books by Ruth Colby  ❯

Buy 'Curtis' from the following stores: