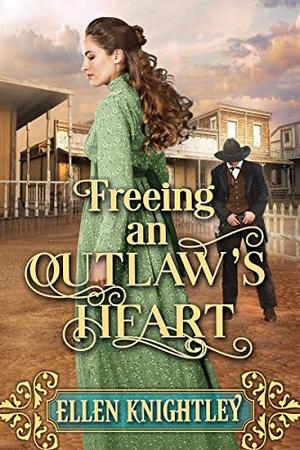 Myra has never had a real family besides her twin brother, Joseph. Strong and independent, she is determined to take care of her more carefree brother. With only each other to rely on, they've made a life for themselves by taking whatever work is available, even if it's outside the law. When an unusual and potentially dangerous job is offered to them, Myra is forced to consider how far she is willing to go. The unexpected return of an old friend, who could get in the way of their plans, will make the situation even more troubling. Caught between choosing what is right and what is easy, will Myra be able to trust someone for the first time in years?

Nicklas Crow is the honest, hardworking sheriff of Deadwood, Texas. He has always been a bit of a loner, raised by his mother after the tragic death of his father. Focused on keeping the town a safe place for everyone, he has little interest and even less time for women. But when Myra shows up in town one fateful day, she brings back a lot of powerful and wistful memories from his past. As they reconnect he finds himself getting closer to her and wanting to earn her trust. But just how much has Myra really changed since he last knew her as a child?

Nick and Myra's worlds are on a collision course after years of being apart. Myra is determined not to let anyone in, but Nick is equally resolved not to let this second chance at being close to her pass him by. When complicated secrets start coming to light, will they be able to trust each other and overcome all obstacles? Or will fate tear them apart forever?

"Freeing an Outlaw's Heart" is a historical western romance novel of approximately 80,000 words. No cheating, no cliffhangers, and a guaranteed happily ever after.
more
Amazon Other stores
Bookmark  Rate:

'Freeing an Outlaw’s Heart: A Historical Western Romance Book' is tagged as: