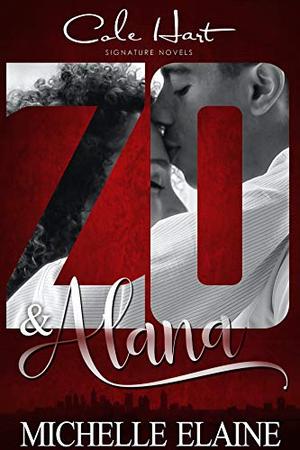 An unexpected turn of events puts Lorenzo “Zo” Lacey in charge of the largest drug organization Atlanta has ever seen. He quickly learns that heavy is the head that wears the crown. Although his main focus is to seek revenge for a major transgression, Zo finds himself dealing with drama from all angles. While he’s busy hunting down a rival crew, he discovers an unthinkable betrayal that tests his leadership.

Alana Woods has known Zo since she was eleven years old. With a less than ideal upbringing, she spent years working in the streets with him. With Zo being the best friend of her older brother, Marcus, Alana and Zo were just close friends; until, they crossed the line to something more on the night of her twenty-fifth birthday. Although she feels like she’s found the love of her life, their love story is far from perfect. Not only have Alana and Zo hidden their relationship from her brother during his three-year prison stint, but they have also hidden the otherwise poorly kept secret from Zo’s wife, Courtney.

All things done in the dark will come to the light. Zo is enraged when he discovers who is at the source of an unforgivable betrayal. However, what will happen when Marcus and Courtney find out the truth about Zo and Alana’s relationship? When an uncovered truth creates a rift in Zo and Alana’s relationship, will the pair of lovers be able to overcome their circumstances and stay together?
more
Amazon Other stores
Bookmark  Rate:

'Zo & Alana: An African American Love Story' is tagged as: