The Player (A Player Piano Mysteries #1) 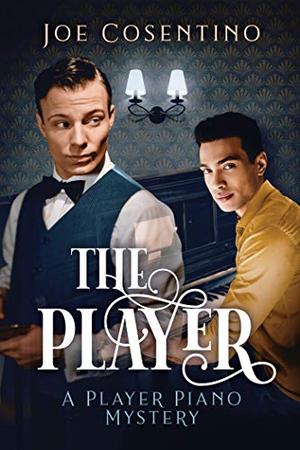 When young music teacher Andre Beaufort discovers an antique player piano in the basement of his apartment building, he is visited by the ghost of the original owner: a dapper and charismatic playboy from the Roaring Twenties, Freddy Birtwistle.

Andre has never seen a ghost and Freddy has never been one, so they get off to a rocky start. But when Andre finds his neighbor murdered on his doorstep, he and Freddy join forces to narrow the pool of suspects.

Soon Andre and Freddy discover that opposites attract, even if one’s alive and the other dead. Together these amateur detectives make an enticing team, and it’s a good thing too, because the first murder they solve together won’t be their last. But the real mystery isn’t just whodunit—it’s how a romance between a man and a ghost can have a happily ever after ending.

'The Player' is tagged as:

The 'A Player Piano Mysteries' series

Similar books to 'The Player'

The Player
The Player
(A Player Piano Mysteries #1)

All books by Joe Cosentino  ❯

Buy 'The Player' from the following stores: