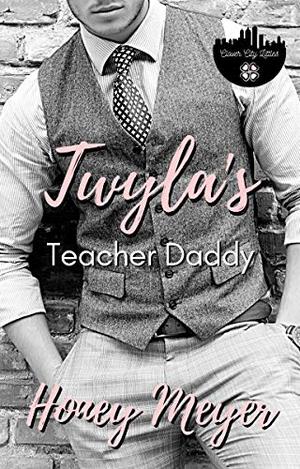 She's been a very bad girl, he could be the man to teach her a lesson...

Gunnar Fox has the patience of a saint. You have to when you teach high school. But one thing that isn’t so saintly is the thoughts he’s had about Twyla Smith.

She’s nineteen, in her second senior year at Clover Hills High, and she has a reputation. She’s loud, she’s crude, and she breaks all the rules.

When Gunnar comes to her rescue after some boys gang up on her after school, they’ll have the chance to find out.
more
Amazon Other stores
Bookmark  Rate:

'Twyla's Teacher Daddy' is tagged as:

All books by Honey Meyer  ❯