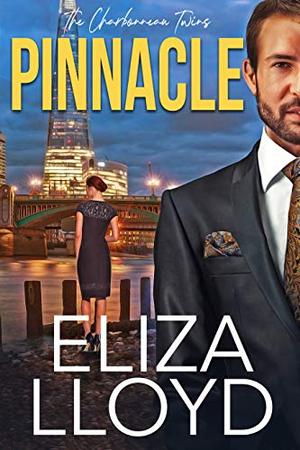 Financier David Charbonneau is at the crossroads of life. His ex has just dropped off his twin daughters, he's just lost millions for his firm and has started a new job that has turned into an albatross. And worse, he's lost his closest friend, his administrative assistance and financial whiz who was more than just a Girl Friday. Too late, he realizes she was a complement to him, but Veronica has her own ambitions and it isn't to work forever in the staid world of finance.

Veronica has loved David for a very long time but with her own success in reach and at the cusp of realizing her dream, she must steel herself against David's charms pulling her back into his world.

He has come to the painful realization that Veronica has been more than a friend all along. But now, for the first time in his charmed life, he can't interfere. He can't tell her that he loves her for fear he'd be the person to get in her way. And he can never do that to Veronica, not when she's about to reach her pinnacle.
more
Amazon Other stores
Bookmark  Rate:

'Pinnacle' is tagged as:

The 'The Charbonneau Twins' series

All books by Eliza Lloyd  ❯

Buy 'Pinnacle' from the following stores: