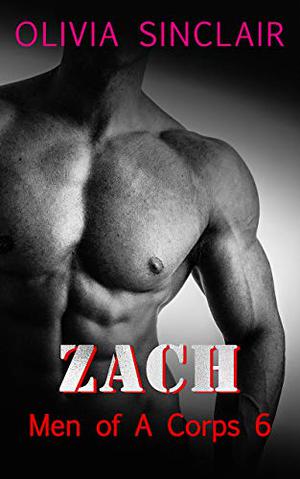 Zach
I’m good at my job and at keeping people away
When I finally notice the woman who’s been right in front of me
Well, it’s time to drop the act
I’m making up for lost time and claiming her now


Emily
He’s a jerk at the office but on rare occasions, he’s downright sweet
It’s only because I can’t figure him out that I can’t stop thinking about him
And despite my saying no, he’s suddenly telling the world we’re together
It’s surprisingly hard to kick him out of my life.

This is a safe, hot, and sweet short romance with a nerdy girl, alpha guy, and a satisfying HEA.

Zach is the sixth in the Men of A Corps series. If you like instalove short reads with steamy love scenes, no cliffhangers, and hot alpha heroes, this is for you.
more
Amazon Other stores
Bookmark  Rate:

'Zach' is tagged as:

The 'Men of A Corps' series

Buy 'Zach' from the following stores: