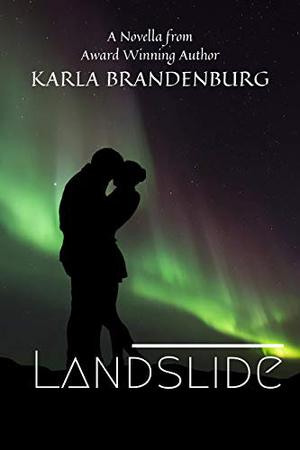 Six years ago, Tim Bennett returned from an adventure trip to find his fiancée had moved out of their apartment, taking everything with her. Now, he keeps an emotional distance from the women he dates. He declines an invitation to a romantic mountain getaway from his current girlfriend, as he fears she wants more than he’s willing to give. Convinced by his best friend that it’s time to commit, Tim heads to the mountain to surprise her. What he finds shatters what little faith in relationships he was trying to rebuild.

Paige Collins accepts her friend’s invitation for a mountain getaway, expecting to finish the novel she’s currently working on while her friend spends the time skiing. Her plans go awry when Tim, her friend’s current boyfriend shows up unexpectedly. To make matters worse, a landslide cuts them off from civilization while they wait for an evacuation crew. At least Tim knows how to build a fire. And cook. Maybe he isn’t as boring as her friend thinks he is.

'Landslide' is tagged as:

All books by Karla Brandenburg  ❯

Buy 'Landslide' from the following stores: