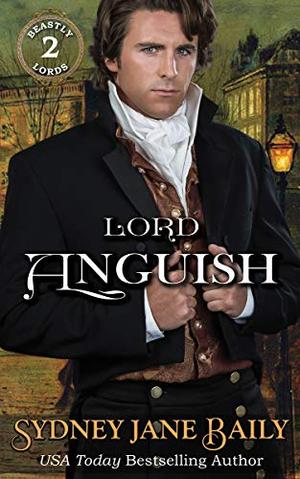 Privileged and eligible until a carriage accident hurls him to London’s cobbled street, an earl awakens as Lord Anguish. How could it get any worse?

Of all the ladies in London, why does this one tickle his fancy?

Lord John Angsley, Earl of Cambrey, can’t stay away from Miss Blackwood, the jammiest bit of jam. But it’s clear from the start she’s too flighty and fickle to make him a good wife, especially with rival suitors cropping up at every turn.

What’s wrong with wanting to kiss a few men?

Margaret Blackwood knows the earl has dash-fire to spare. In fact, she’s decided he’s the man for her, if only a few minor matters don’t get in her way—like his two casts, a half-missing eyebrow, and a practically perfect “other” woman. When she discovers the true insidious rival for his affection, the battle begins!

Opium dependency and a web of lies…

When the earl changes before her eyes into a sneaky, peevish liar, Maggie may have to concede defeat and return to the London ballrooms and her many admirers. Will Lord Anguish choose the blissful relief of laudanum or the unpredictable passion of the dazzling Miss Blackwood?

'Lord Anguish' is tagged as: