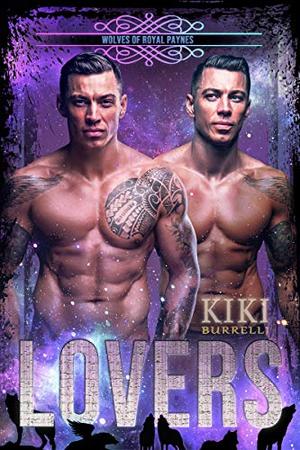 Affectionately referred to as, the twins, Jagger and Huntley aren’t related, but that’s the only thing the two alphas don’t have in common. Eerily identical, if it weren’t for the scar Jagger earned saving Huntley’s life as children, no one would be able to tell them apart. Together, there isn’t a challenge they won’t face. Breaking into a hellish laboratory where enemy scientists are conducting gruesome experiments is no different. Their mission is clear, save who they can and burn the rest, but when they come upon a locked door behind a barricade that looks months old, they know that whatever is inside, isn’t like anything they’ve faced yet.

Ripped from his mother’s arms and thrown into a cell as a child, Sitka hasn’t seen a living person in years. He sees their footsteps under the door when they slide in his food, but no one has dared face the crazed nephilim who can hop shadows—not after what he did to the last two who entered his cell. Still, his life is far from peaceful. Sitka can’t stop seeing dead people. They scream at him without rest, their voices angry and loud enough to make living a normal life impossible—even if he hadn’t spent most of it locked away. When the room to his door randomly bursts open, Sitka assumes the two men are there to finally kill him.

Huntley and Jagger knew something unusual was behind that door, but they didn’t expect their mate. He swings at them like a wrecking ball, making them realize what they had was just one half of the equation. Sitka completes them, but Sitka’s own angelic power is his worst enemy.

When strange things start to happen around the hotel, no one wants to blame the flighty nephilim who can jump shadows and talk to ghosts, but the list of suspects is short. And Sitka wasn’t the only victim rescued from the labs. As the reclusive wolf pack learns how to live with growing numbers, they can’t forget the danger looming over all their heads. A powerful force wants them all dead.

Lovers is the third book in the Wolves of Royal Paynes series. It is an action-packed, magically-infused, swelteringly hot, mpreg romance that continues a world of angels, demons, mystery, and magic. For maximum enjoyment, this series should be read in order.

'Lovers: Wolves of Royal Paynes' is tagged as:

The 'Wolves of Royal Paynes' series

Buy 'Lovers: Wolves of Royal Paynes' from the following stores: