by Rosemary A. Johns 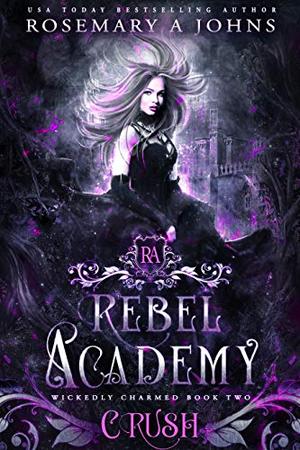 Nothing is more seductive than the forbidden…

…and temptation could crush this cursed academy.

The dangers of the Rebel Cup were only the beginning. It's looking like the dark fae and elf princes will be deadlier than even the academy's trials.

Will Magenta and her deliciously tempting immortal lovers survive?

Rebel Academy: Crush is a complete 90,000 word Reverse Harem Fantasy Romance that contains M/M and hot, consensual scenes that are for 18+ only. In this world, even the rebels aren’t free.

I caught Prince Willoughby’s mouth with mine, and he pressed me against the wall. I wrapped my legs around his waist.

“Strip, fae,” the god commanded, grasping Lysander by the neck.

Lysander flushed, and his golden wings flapped. His fingers hesitated over the buttons of his pants. But he wouldn’t call the bluff first.

We were playing a deadly game between Immortals and Princes. Desire, rivalry, and temptation. It would crush us all.
more
Amazon Other stores
Bookmark  Rate:

Recent books by Rosemary A. Johns

All books by Rosemary A. Johns  ❯