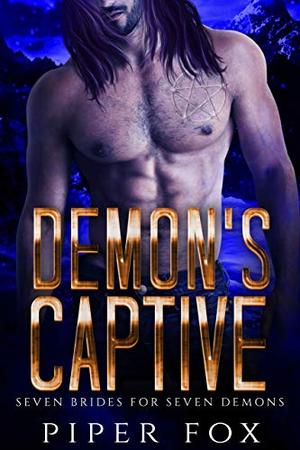 Trinie wants to save her father’s tortured spirit. The only way is to mate with a handsome demon.


Trinie’s father was her hero, and she’s led to the house where he was murdered.

But it’s not an ordinary place. Evil resides there.

A heart-stopping demon tells her she’s his mate, and the key to save all the spirits trapped in the place.

And he’s the wolf who comforted her when her father was killed.

Damien needs to claim Trinie. She’s the key to saving his soul.


Ever since he saw her, he’s wanted her. She’s strong and feisty. Together, they could heal each other.

But he needs to persuade her to say yes.

Their enemies are closing on them and only together can they defeat them.

Demon’s Captive is the fifth book in the Seven Brides for Seven Demons paranormal series. If you like handsome heroes, strong heroines, and fated mates, then you’ll want to grab this action and adventure tale!

Get Demon’s Captive and allow yourself to be captured in this romantic saga!
more
Amazon Other stores
Bookmark  Rate:

'Demon's Captive' is tagged as: