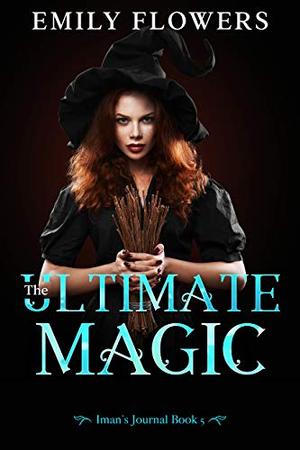 What started out as a fantastic journey has turned into a fight for survival.

Now that Iman and Troy are stuck in the Wizard Garden, they must find their way back home before they’re killed by the dark forces there. Once Iman’s magic is strong enough, she manages to open up a portal, but it’s the wrong portal, which gets them into further trouble. Confused about how they ended up in such a mess, they start blaming each other and wonder if their love will be able to survive this ordeal.

The test of love continues as Iman and Troy finally return to the earthly realm to find that evil pervades Grandpapa’s mansion and a huge battle is awaiting them. The chief wizard’s life is in jeopardy and in a desperate attempt to save him, Iman may have to sacrifice herself and Troy.

Now that Iman and Troy have come this far, will they have their happily ever after?

Iman’s Journal is a 5 book series.

'The Ultimate Magic' is tagged as:

Similar books to 'The Ultimate Magic'

All books by Emily Flowers  ❯

Buy 'The Ultimate Magic' from the following stores: