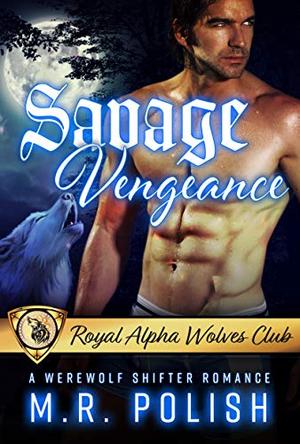 The royal bloodlines are dwindling and a decree has been ordered to save them all—each royal member will find a mate and produce an heir within one year. However, with chapters of royal wolves all over the world, there were bound to be some not ready to be told to settle down.

This wasn't as easy decision for the council. Yet, keeping their lineages from disappearing was business... essentially. And somebody had to issue the order.

Meet Tobias Locke, Royal Alpha Wolves Club leader and devoted mate. Never did he imagine his order to protect the bloodlines would have his own lineage spinning into jeopardy when Ava, his mate, is taken as collateral by a furious pack who were less than approving of the council's order. But Tobias will stop at nothing to get her back, even if that means making deals with those outside their world.

New alliances will be made, and enemies will be exposed. Tobias's calm and collected demeanor has garnered him a respected reputation of being somewhat meek, but now, adversaries are about to find out just how powerful his inner wolf is.

It is dangerous to come between a wolf and his mate.

Bound by Blood by Bella Night

Heir to Redemption by R.J. Lloyd

'Savage Vengeance : A Werewolf Shifter Romance' is tagged as: