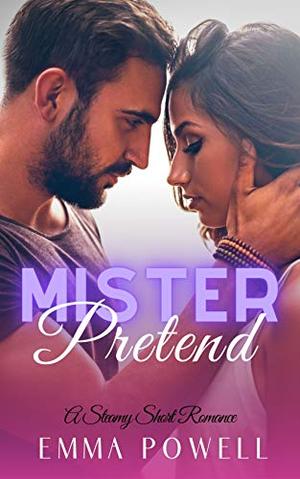 A pretend boyfriend - What could possibly go wrong? Or maybe it could go very very right.
Yet another wedding where Nerida isn’t the bride. She doesn’t care. But her family does.

So to avoid the constant heckling, Nerida finds herself a pretend boyfriend. Just for the day.

Except she didn’t expect to end up on a pretend holiday, with her pretend boyfriend in actual Bali.

Although he's a pretty good PBF (Pretend Boyfriend). He’s nailed the tall, dark, handsome thing and being an Aussie surfer makes him even hotter. On top of that, he’s funny with a gentle streak and after an unexpected passion-filled encounter between the sheets, Nerida starts to wonder what it would be like to have him as a RBF (Real Boyfriend).

After all, her family has already met him. They've been friends for months and they fit like a glove. And she's never been touched like that before. One problem though...

He's got a one-way ticket around the world and he's not coming back.

Mister Pretend is the second book in a series of comedic contemporary romance short reads. If you like great characters, laugh out loud moments and love scenes that sizzle, then you’ll love this next installment in The Mister Series by Emma Powell.
more
Amazon Other stores
Bookmark  Rate:

The 'The Mister' series