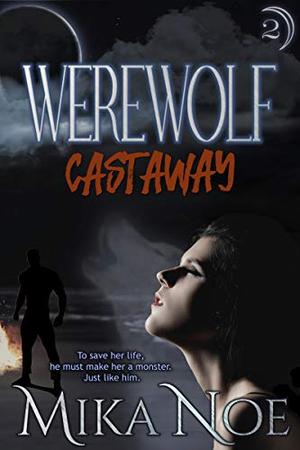 To save the life of the woman he loves, he’ll have to curse her.

Drake’s monster isn’t the only threat on their little island. She may have survived his Beast on the full moon, but now Mother Nature wants them dead.

A violent storm they can't escape bombards the island, testing Drake's resolve to keep Esli uncorrupted. Even if it is the only way to keep her alive...

His golden ticket off the island is only available to monsters like him. While he could save her from the island, doing that means infecting her with his disease. And then she might not even be worth saving.

There's little hope. Whatever choice he makes, Esli’s lost to him. Staying on the island that’s trying to kill them is the only way he can be with her, but it can't give them forever. It may not even offer a tomorrow...

Can Drake risk everything he's found with Esli on the hope that his bite might save her, even if it means he'll lose her forever to the curse of the beast?

Werewolf Castaway is a three-part serial that follows one couple on the road to Happily Ever After. This is Episode 2, and should be read after Episode 1.

This trilogy is the first in the Dark Uprising series.
more
Amazon Other stores
Bookmark  Rate: