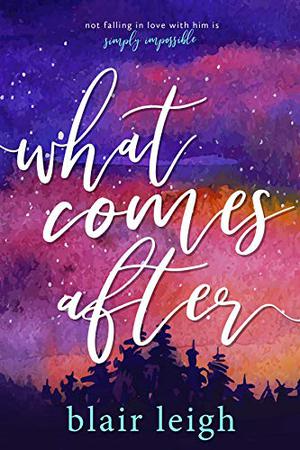 “How the hell did I get here?”

Here being red-faced, uncomfortable, and sandwiched between a bride and groom as their impending marriage explodes before it ever starts. This wasn’t what Eliza Davis had in mind when she was hired.

Then again, the last year and a half wasn’t what she had in mind.

Eliza never thought she would have to start over. The life she planned didn’t involve losing her husband and becoming a single mother in her early thirties. It didn’t involve leaving the comfort of their home for a small town across the country. And, as much as she adored her best friend, Simone, it didn’t involve moving in with her, either. Now, all Eliza wants is stability and belonging.

While Eliza’s life was falling apart, Jack Peters’ life was going according to plan—a successful veterinarian practice, a beautiful fiancée, and a home where he could build his future. Then, on the day of his wedding, in the presence of a complete stranger, he was left humiliated. His plan vanished, replaced with bitterness and a wall that protected him from putting himself out there again.

Though their first encounter is a nightmare, a friendship eventually forms. Despite initial mutual hesitance, just being around Eliza breaks down Jack’s wall. But, she’s a harder shell to crack; the thought of growing close to someone only to lose them caused a bubble of panic to rise. They could be acquaintances, even friends, but nothing more. Even if he makes her daughter laugh again. Even if he comes over to chase ghosts out of her attic. Even if his earth-shattering smile makes her heart squeeze in ways she forgot. Even if not falling in love with him is simply impossible.
more
Amazon Other stores
Bookmark  Rate:

Similar books to 'What Comes After'

Buy 'What Comes After' from the following stores: