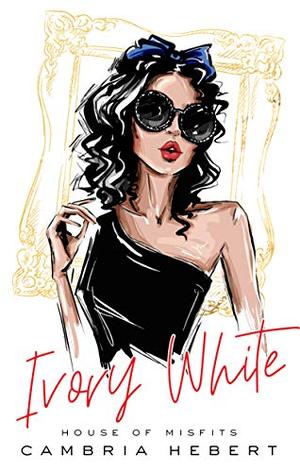 Once upon a time…
There is a girl with skin as fair as ivory and hair as black as night.
She was the apple of her father’s eye, but now that he has died,
someone wants to dip that apple into poison.
Advised to flee, Ivory escapes her elite world in New York City
and stumbles into a place she didn’t know existed.
A modern-day princess, afraid and lost on the dark streets, running for her life.
Ivory White has no one to call, nowhere to turn.
All she has is a random number scrawled on a torn napkin.
She calls. He answers.
Ivory is thrust into a house filled with misfits—
a band of completely untrustworthy men.
But can this group of men keep her safe?
more
Amazon Other stores
Bookmark  Rate:

'Ivory White : A House of Misfits Standalone' is tagged as:

Similar books to 'Ivory White : A House of Misfits Standalone'

All books by Cambria Hebert  ❯

Buy 'Ivory White : A House of Misfits Standalone' from the following stores: