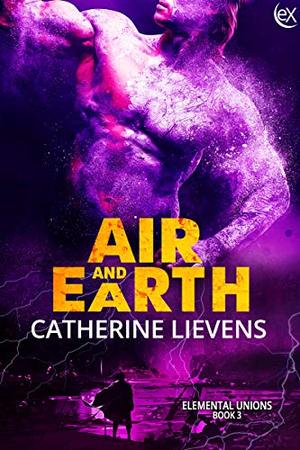 Purity is still a problem. Henry wishes he could get rid of the secret group trying to sabotage his business and the relationship between elements, but since they’re a secret, he doesn’t even know where to start. He has other things to focus on, though—his brother is still healing, he just lost his best friend, and he’s in love with his bodyguard. All in all, his life is a mess.

Alcott has been Henry’s bodyguard since Purity decided to target him and Edward. He’s also been in love with him since then, but he knows better than to do anything about it. Henry already has too many things on his hands without adding Alcott’s probably unrequired feelings to it.

But Alcott’s feelings might not be as unrequired as he thought, which is a good thing. Henry’s meddlesome grandfather, on the other hand, isn’t, especially not when he tries to convince Henry’s ex-fiancée to try to get back with Henry.

And of course, there’s Purity, who’s still threatening every element wielder who doesn’t agree with them, and who might be closer than Henry and Alcott suspect.
more
Amazon Other stores
Bookmark  Rate:

'Air and Earth' is tagged as:

Similar books to 'Air and Earth'

Buy 'Air and Earth' from the following stores: