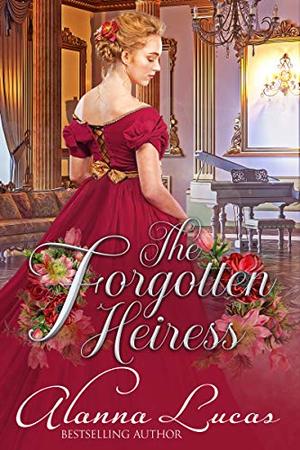 Forced to Marry the Man She Danced with Only Once!

Miss Arabella Gledhill’s lonely upbringing has left her timid and ill-prepared to shine during her first season. But at four and twenty, her scheming aunt and uncle want her off their hands, pressing her to accept the first marriage proposal proffered. It’s not the way Arabella dreamed it—what chance has she of finding a good, kind man who’ll offer her heart’s desire?

Liam, Lord Kenwreck, has grown weary of his life of licentiousness, although he’s in no rush to wear the parson’s noose, despite the efforts of his mother and sister to find him a suitable match. So how is that, by the end of the season’s first ball, he’s kissed Miss Gledhill in front the ton, and now, they’re to wed?

This hasty union is not what Liam imagined, especially when he vowed never to bring dishonour on his family like his cruel blackguard of a father. But married he must be, to this beautiful bride Town gossips have branded the Forgotten Heiress. Who has no experience of the world, let alone a man of the world such as he…
more
Amazon Other stores
Bookmark  Rate:

'The Forgotten Heiress' is tagged as:

Similar books to 'The Forgotten Heiress'

Buy 'The Forgotten Heiress' from the following stores: