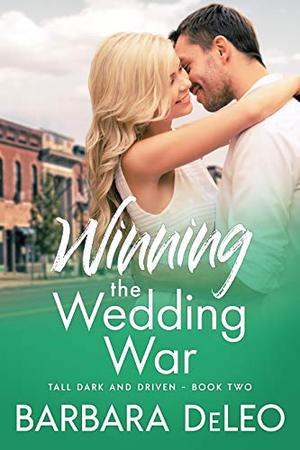 Nick Katsalos has a foolproof plan to save his parents' floundering wedding venue. The last thing he expects is for Erin Patterson, the captivating daughter of his parents' biggest rival, to waltz in and charm the client who could finally get the family business back on track. Nick would be furious--if only he could stop thinking about her.

When Erin and Nick enter into a wager to determine who will win the contract she prepares for the worst ... and is surprised by the glimpses of warmth she sees in the man behind the numbers. But Erin isn't about to forfeit what could be the biggest wedding of the decade to a man as cold as Nick. Especially since securing it means she could finally prove to her father she's just as capable of handling the family business as him.

But as the competition heats up, Erin and Nick must decide what's more important—winning or love.
more
Amazon Other stores
Bookmark  Rate:

'Winning the Wedding War: A small town, enemies to lovers romance' is tagged as:

Buy 'Winning the Wedding War: A small town, enemies to lovers romance' from the following stores: