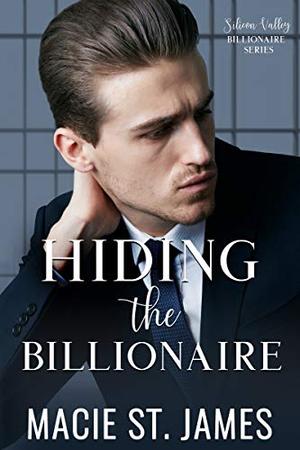 They have it all...except the one thing that matters most.

Heath Hardcastle is struggling. Since his company was falsely accused of theft, he's struggled to fix his reputation. When he's invited to go undercover for a reality TV show, he sees it as the perfect chance to bring his company out of its slump. But doing so means working side by side with an irresistible aspiring actress named Vanessa.

Vanessa Gilbert feels like her chance at success in Hollywood is slipping away. Traveling to Silicon Valley to work as a billionaire's sidekick on a reality show seems like the perfect opportunity. She just has to find ways to get screentime and she's sure the gig will lead to other opportunities.

But when the two are assigned to travel together to a trade show, they soon find it's hard to keep things strictly professional. Vanessa tries to stay focused, but the more she gets to know Heath, the less she thinks about being on camera. Heath is fighting feelings, as well, but with every moment captured on camera, he worries that Vanessa is faking her attraction to him for screen time.

The cameras capture their obvious attraction to each other, but what happens when the cameras shut off?

'Hiding the Billionaire: A Sweet Reality Show Romance' is tagged as:

Buy 'Hiding the Billionaire: A Sweet Reality Show Romance' from the following stores: