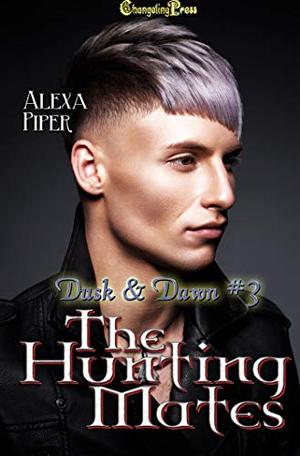 Gordon and Orrin, vampire and wolf… Is their love impossible, or inevitable?

In New Amsterdam, supernaturals and humans live side by side. That doesn’t mean there are no borders or boundaries within supernatural society. Orrin works to save the living as an NA police detective, and Gordon labors to do right by the dead as a medical examiner. Fear and insecurity foiled their first attempt at a potential relationship. Now, they find themselves pulled to one another once more by a string of gruesome murders.

Prejudice and social conventions don’t make life easy for them, and their own insecurities don’t help. Will they dare to allow love between them while they work side by side to stop a violent murderer?

WARNING: This book contains mentions of violence/assault against minors and animal cruelty though neither are graphically portrayed.
more
Amazon Other stores
Bookmark  Rate:

'The Hunting Mates' is tagged as:

Similar books to 'The Hunting Mates'

Buy 'The Hunting Mates' from the following stores: