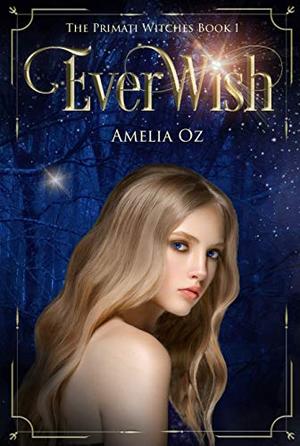 Centuries ago, there was a beauty who did not live happily ever after. She fled her vampire Ottoman Prince, who now rules the Primati supernatural on earth with his half-brother Alaric, the terrifying Enforcer. The runaway beauty's only living descendant, seventeen-year-old Stella Avery, is juggling the care of her ailing grandfather with the discovery that life is not what it seems in Portland, Oregon.

Stella’s Romany family shadow her every move and she discovers that an ancient enemy wants her dead. Her best friend, Amanda, reveals herself to be an actual witch and Stella must uncover the truth about the curse that has killed every woman in her family before their twenty-first birthday—or suffer the same fate.

For Alaric, his role as Primati Enforcer means utter loyalty to his brother. Half-angel, half-demon, he has no place in his heart for a mortal. Feared in his own right, Alaric finds himself torn between the law he has protected for hundreds of years and a young girl who cannot be loved without bringing about her own death.

More books like 'Everwish: The Primati Witches Book One'   ❯

Buy 'Everwish: The Primati Witches Book One' from the following stores: