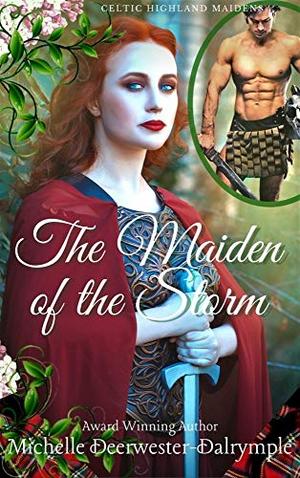 ♥ She's a powerful Celtic woman. He's a Roman captive in her village. When their passion for each other grows, can they find a way to be together? Or will the conflicts between the Celts and Romans drive them apart? ♥

In the Caledonii village, Riana is the chieftain’s oldest daughter and accustomed to position and authority. Until the day a Roman soldier is brought in and made a slave.

Despite her moral objections, she is directed by her father to tend to the Roman, to bring him back to health and make sure he's fed.

At first, he's nothing more than a curiosity for her, but as they spend time together during her duties to him, they forge a camaraderie that quickly becomes something more.

Something passionate and forbidden.

Horatio is a confident Roman soldier brought low after a night of missteps. Bound to slavery for the Caledonii tribe, he spends every waking moment biding his time and planning his escape. What he doesn't plan is the desire he feels for the very woman directed to keep him in chains.

His desire grows, as does his love for the red northern woman.

As their passions rise, Riana decides that she cannot see the man she loves enslaved. They concoct an escape that is successful at first but leads to disastrous results when the tables are turned.

Just when they think all is lost, their love for each other gives them one chance for survival. Will their love overcome the obstacles that would tear them apart?

Buy The Maiden of the Storm and start the exhilarating story today!
more
Amazon Other stores
Bookmark  Rate:

'The Maiden of the Storm : An Exciting Ancient Scottish Highland Romance' is tagged as:

Similar books to 'The Maiden of the Storm : An Exciting Ancient Scottish Highland Romance'

More books like 'The Maiden of the Storm : An Exciting Ancient Scottish Highland Romance'   ❯

Buy 'The Maiden of the Storm : An Exciting Ancient Scottish Highland Romance' from the following stores: