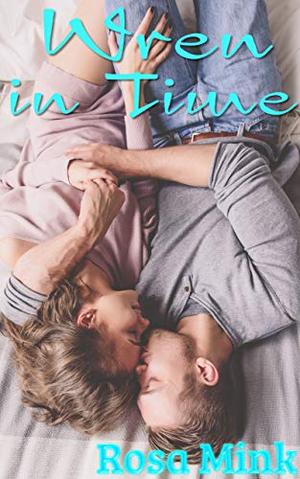 The last thing Landry August wanted was to move right before her senior year began. Well, maybe not the last. Her home life is nothing to write about, an overbearing younger brother, an absentee father, and a deceased mother. Neither her father or brother care about her or helping her get the house in order. Every time she tries to tell her brother where something should go, he gets madder and madder at her, until he snaps. His temper frightens her, more and more every day, and just when she’s certain this time will be the one he really breaks, a gorgeous guy shows up, rescuing her from not only her brother’s temper, but also unloading the moving van the rest of the way herself.

Wren is everything she could want, strong, handsome, kind, possessive—but in a good way, and every time she needs him, he’s there just in time to make her feel better. She doesn’t even try to keep from falling for him, and he’s right there to catch her as she does.

Wren Jacobs came to college to play football, but mostly to get a decent education. His new teammates might be interested in going out partying and meeting girls, but he’s not interested in that. His focus is on school and the team, girls aren’t high on his priority right now. At least they weren’t until he finds Landry. He doesn’t like bullies, especially ones that hurt people smaller than them, and that’s certainly Landry. She’s sweet and shy, and the most gorgeous girl he’s ever known. Even more than that though, she’s his. He knows it and he’ll always make time to show it to her.

When her family life become unbearable, he knows exactly what he needs to do. He’ll keep her safe and be there for her, every time she needs him. Now that he’s found her, he’ll never let go. His heart is hers, all she has to do it take it. He’ll make sure hers is treasured every moment of every day. She’ll never question it because he’ll be there with her, no matter when in time.

With strong language, no cheating, and a HEA, this story of approximately 29,500 words is intended for an adult audience and may include subjects that are sensitive to some readers. It’s short but sweet giving you insta-love, drama, and heat galore.
more
Amazon Other stores
Bookmark  Rate:

'Wren in Time' is tagged as:

Similar books to 'Wren in Time'

Buy 'Wren in Time' from the following stores: