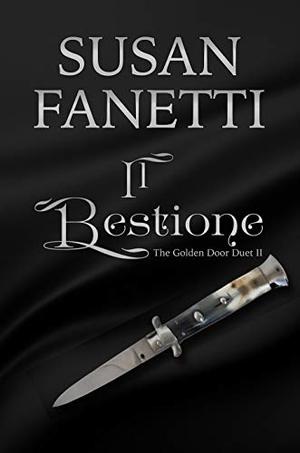 When Paolo Romano was fifteen, his father fled Sicily, leaving his mother and younger sister under his protection. He tried to be the man his family needed and shield them from the horrors of the world. When he couldn’t do that at home, he took them to America in the hopes that they’d find their father and make a better life in the new world.

But America is not the shining beacon of hope the stories promised, and his family was torn apart before they understood where they’d landed.

Paolo was alone, broken and full of rage and loathing for the world. He learned bitter lessons: that love is an illusion, that pain is a constant, and only the hardest, most ruthless soul can survive on the tarnished streets of New York.

So that is the man he became.

Now they call him Il Bestione: The Beast. For years, he's thrived under that name, his heart growing harder as his power expands.

Mirabella Montanari is new to America, arriving in New York with her father, under the sponsorship of her uncle. But her uncle is on the wrong side of Il Bestione.

When she witnesses the Beast’s brutality firsthand, Mirabella decides to take revenge.

Paolo’s ruthlessness and Mirabella’s revenge force them together in a way neither could have imagined. What happens then depends on whether there is still a good man inside the hardened shell of the Beast.


Description for The Golden Door Duet:
At the turn of the twentieth century, a brother and sister flee the dangers of their life in Sicily for the golden promise of America. But the promise shatters as soon as their feet touch solid ground again. What they find in that new world will test their faith—in life, and in each other.

America’s rough welcome tears them apart. As they struggle to find their own ways and build full lives in an unfamiliar, incomprehensible place, they each, in their own time, discover true love.

In the strength of that love, they might find a way back to each other as well.

Note: This duet stands alone, but it is connected to The Pagano Brothers series, as it is the origin story of the Romano Family of New York, who are allied with the Paganos and are featured in the overall story of that series.
more
Amazon Other stores
Bookmark  Rate:

'Il Bestione' is tagged as: