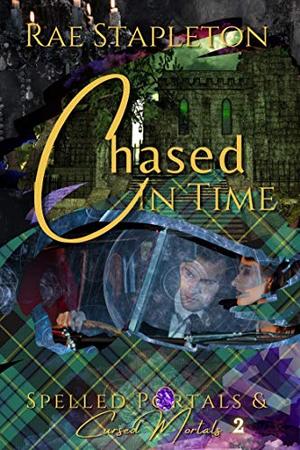 She's an old soul trapped at the dawn of the Jazz Age, in a race against time to stop her own murder. He's a modern-day castle architect madly in love with her. They are destined for one another but are they destined for love or death?

On the cusp of Samhain, Sophia Marcil's life is once again upended when a fortune teller reminds her of her fate. To avoid death, she must leave Ireland and return to the woman's shop with her mysterious book of spells. But before she can hop a plane, Sophia's charismatic soulmate gets down on one knee.

When he pops the question with a ring that unknowingly holds a piece of the mysterious sapphire. It sparks the five-hundred-year-old curse, transporting her from present day to the home of her ancestors.

It's 1920 and life for Zafira Breathour is a whirl of jazz, dancing, and parties--that is outside of the frightening visions of her death, at the hands of her father. Drinking too much of the giggle juice one night, she exposes a secret affair, and as punishment for her unhealthy obsession with the occult, she's sent to her father's jewelry store to work where she encounters a very bewitching jewel meant for her mother.

As magic intervenes, Sophia comes face-to-face with the man who will kill her. Desperate to return to the future and reunite with her love, she must blend into her aunt's life while she searches for the sparkle that will save her. But complications come knocking, and Sophia grapples with the idea of returning home, and losing her grandmother for the second time.

Can Sophia stop the man who killed her family and return to her beloved fiancé in the 21st history? Or will she die as history suggests and just how many times has she tried before?

If you like your time-travel romance filled with echoes of reincarnation, love facing seemingly impossible obstacles, steamy love, and a dash of humor, put on your dancing shoes and join Sophia in the roaring twenties.

Interested in more books? Check out the rest of the series to see where in time Sophia will wind up next:

'Chased In Time: Time Travel Romance' is tagged as: