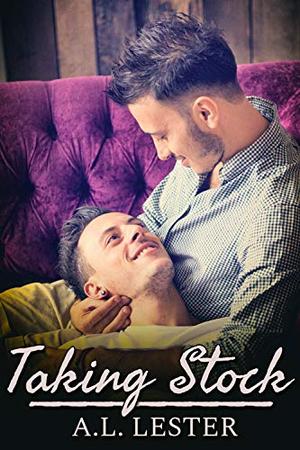 Fifteen years ago, teenage Laurie Henshaw came to live at Webber’s Farm with his elderly uncle and settled in to the farming life. Now, age thirty-two, he has a stroke in the middle of working on the farm. As he recovers, he has to come to terms with the fact that some of his new limitations are permanent and he’s never going to be as active as he used to be. Will he be able to accept the helping hands his friends extend to him?

With twenty successful years in the City behind him, Phil McManus is hiding in the country after his boyfriend set him up to take the fall for an insider trading deal at his London stockbroking firm. There’s not enough evidence to prosecute anyone, but not enough to clear him either. He can’t bear the idea of continuing his old stagnating life in the city, or going back to his job now everyone knows he’s gay.

Thrown together in a small country village, can Phil and Laurie forge a new life that suits the two of them and the makeshift family that gathers round them? Or are they too tied up in their own shortcomings to recognise what they have?

'Taking Stock' is tagged as:

All books by A.L. Lester  ❯