When the Night is Over (Blackbird #1) 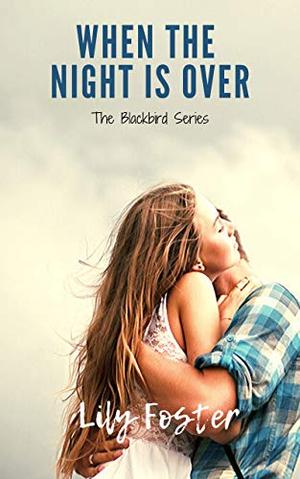 Are the bonds of our first true love as strong as they feel when we’re young, innocent and consumed with the promise of forever?

The last time Charlotte Mason saw Simon Wade, he was shoving a paper bag from the pharmacy into her hands with a morning-after pill inside.

Even though he literally left her holding the bag, when love is true it’s limitless...and sometimes it's blind. She wants more for Simon than the ties that bind him to their dead end town. He has one shot at a better life, and she’ll stand aside so he can take it.

Nearly four years later Charlotte is still nowhere to be found, and it’s not as if Simon hasn’t been looking. How can he forget the girl who still haunts his dreams?

When the Night is Over is the first book in Lily Foster's new Blackbird series. Gripping and emotional, this second chance romance contains mature language and sexual content.
more
Amazon Other stores
Bookmark  Rate:

'When the Night is Over' is tagged as:

Similar books to 'When the Night is Over'

More books like 'When the Night is Over'   ❯

All books by Lily Foster  ❯

Buy 'When the Night is Over' from the following stores: