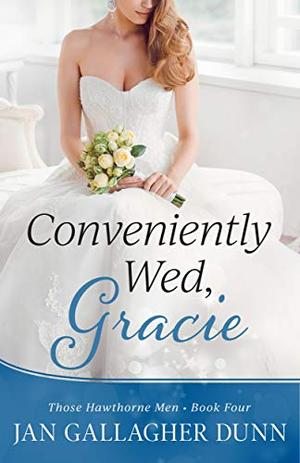 Is their happily ever after nothing but a convenient fantasy?

Everyone knows that Gracie’s fiancé died shortly before their wedding. What no one realizes is just how much better her life is without him—and the guilt she feels over that fact. Now she’s free to do whatever she wants--without having to accommodate his every need. She’s free. Too bad she’s also painfully lonely. Maybe that marriage of convenience her parents are so in favor of isn’t such a bad idea after all…

Carson hasn’t been lucky where romance is concerned, either. But he needs to prove to his father that he’s ready to settle down if he plans to inherit the family business in the future. Marrying Gracie makes total sense—if she will just agree. The instant and irresistible pull of attraction he feels to her, however, is an entirely different story. With his track record, trusting his judgement—and his heart—would surely be a huge mistake…right?

Can Gracie and Carson overcome the past hurts and trust issues that stand between them?
more
Amazon Other stores
Bookmark  Rate:

The 'Those Hawthorne Men' series