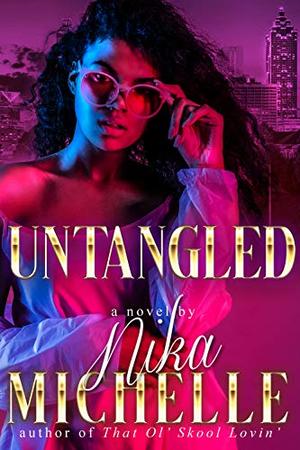 Infiniti, who is twenty-three years old, is the only daughter of two legends. Her father, DJ Trin, is a famous hip-hop icon, and her mother, Tyisha, is a world-renowned journalist for CNN. All she wants is a legendary love story like the one they share.
The thing is, she is involved in a very complicated relationship. Her boyfriend of four years, Troy, suggested that they be in an open relationship in the beginning. Agreeing to it, Infiniti figures he will get over his little fetish in time. When he doesn’t, she questions whether she really wants to be involved in a polyamorous relationship. Truth be told, he doesn’t seem to really be fine with her being with another man, but they can be with other women together. However, she wonders if he has affairs behind her back.
Clarity is the middle daughter of Arianna and Mason. Mason is the bishop of a mega church in Atlanta, and Arianna is his “virtuous” first lady. Living up to the stereotype of a preacher’s kid, she is wild and out of control. Still in her junior year of college at twenty-three years old, she only wants to find a rich man to take care of her, so she can live high off the hog like her bougie mother.
These two best friends, close, but not much alike as far as personality and goals, will both have to navigate their way to loosen the ties that entangle them in a web of love, lust, and deceit. In the process will they find true love like their parents, or will they find out that sometime, love is just a façade?
more
Amazon Other stores
Bookmark  Rate:

'Untangled' is tagged as:

Buy 'Untangled' from the following stores: