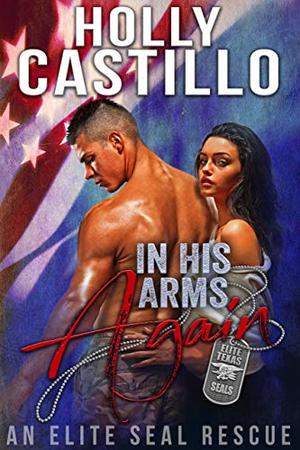 Jax has devoted himself to the United States Navy for the past ten years of his life and embraces his role as a SEAL. When an urgent mission arises, he's ready to jump to the forefront and do what is necessary to bring home a group of hostages in Colombia. Nothing could have prepared him for one of the doctors in need of rescue to be the woman who crushed his heart ten years before.
Emeline has struggled to put the past behind her and concentrate on her passion to become the best doctor in her field. She knew going to Colombia posed a huge risk, but she couldn't pass up the chance to work with some of the best surgeons and doctors in the world giving so selflessly of their talents to help the refugees. Not everyone is thrilled about all the Venezuelans fleeing into Colombia, though, and tensions boil to the breaking point. A group of Colombians decide to take justice into their own hands and force Em and the other doctors to tend to their wounded. Shockingly, Em is given a piece of information that could prove invaluable to the authorities--if she can only get it in the right hands.
Jax had braced himself mentally and emotionally to see Em again. But the sight of her strength, courage, and beauty in the intense hostage situation stirs feelings he long thought dead and buried. But Em carries a secret from ten years ago, one she hopes he'll be willing to forgive. Because there is nothing she wants more than to be in his arms again.
more
Amazon Other stores
Bookmark  Rate:

'In His Arms Again: An Elite SEAL Rescue' is tagged as:

Similar books to 'In His Arms Again: An Elite SEAL Rescue'

More books like 'In His Arms Again: An Elite SEAL Rescue'   ❯

All books by Holly Castillo  ❯

Buy 'In His Arms Again: An Elite SEAL Rescue' from the following stores: