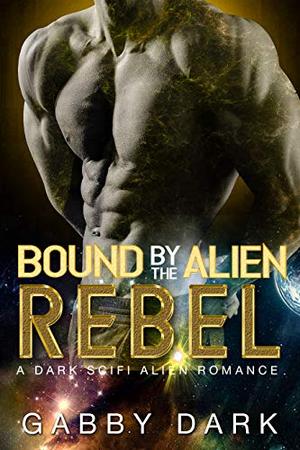 My hunter is nearly eight feet tall, hard as granite, and has a deadly reputation. They call him Xaixek.
Once I see him, I know he’s not like the others.

When he touches me, I know all my secrets will be laid bare to him. His telepathic gift allows him to perceive my most intimate thoughts and there’s nothing I can do about it…but run.

When I abandoned my post, I thought I could start over on another colony. After all, I’ve been alone before. I’m done with overbearing men. They are the bane of my existence.

But Xaixek is not a man. Xaixek is a Zunatorian alien warrior assassin. He’s become a rebel of sorts. Unlike most of his brethren, he prefers to do his dirty work alone.

His king has sent him on a mission to hunt and capture me. And in return, he would be cleared of all of his debts and forgiven for his crimes.
But this mission is personal to Xaixek. He would’ve sought revenge anyway. I’m hunted because I’m a suspect in his uncle’s murder. His uncle won me at a breeding auction and I was assigned to become his mate. I’ve escaped fate many times over, but now I am caught and bound by a relentless rebel.

Xaixek promises to make me pay for what I have done. And he does—I pay his price in flesh. I never anticipated that I would crave every single touch. If Xaixek punishes me as thoroughly as he pleasures me, I’m in trouble. I will never escape this fate…

The hunter and the hunted…
Finding love in unexpected places turns out to be the greatest prize of all.

Dear readers: This is a sexy SciFi Romance that contains lots of steamy scenes, alien warrior action, and smoking-hot romance. This one contains a very dominant and possessive alpha male.

Given is the fourth book in a new alien abduction fantasy series by hot new author Gabby Dark. It’s not the last. See what’s up next or what you’ve missed…

Book 1 Ravished by the Crown Prince
Book 2 Enslaved by the Alpha Warlord
Book 3 Given to the Alien Rogue
Book 4 Bound by the Alien Rebel
more
Amazon Other stores
Bookmark  Rate:

'Bound by the Alien Rebel : A Warrior Assassin Alien Romance' is tagged as:

Similar books to 'Bound by the Alien Rebel : A Warrior Assassin Alien Romance'

All books by Gabby Dark  ❯

Buy 'Bound by the Alien Rebel : A Warrior Assassin Alien Romance' from the following stores: