London With Dad's Best Friend: An Instalove Possessive Age Gap Romance (A Man Who Knows What He Wants #198) 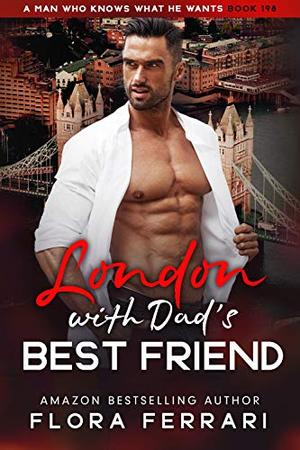 She's supposed to be in London to plan her future, but an unexpected meeting turns her entire world upside down…

Casey lands in London with one thing on her mind: what is her future going to look like? With college fast approaching, this trip is supposed to be her chance to consider studying abroad and get some freedom from home.

When Casey’s dad tells her he's arranged for an old friend to show her around, she expects to greet some old, stuffy businessman she's never met who will drone on for a few hours and then leave her to explore the city alone.

The drop dead gorgeous man in the suit who meets her at King's College is decidedly not a boring work colleague. It's been years since she last saw Edward, and she's literally left speechless when they meet.

Edward finds himself just as lost for words as he realizes the beautiful blonde with the stunning blue eyes is the same gangly teenager who was at his going-away party before he left for London.

He can't keep his eyes off of her, charmed not only by her beauty but also her demure demeanor and gentle wit.

But Casey is only in London for a week, and then she has to leave Edward -- and they both have to face the reality of who they are to one another.

After all, she's the daughter of Edward's best friend, no matter how little that changes how they feel, and there's an ocean between them.

Will this newfound attraction have the chance to bloom into something more? Or will her father's disapproval and Casey's youth prove too much for the pair to overcome?

London With Dad's Best Friend is an intense, passionate alpha romance with high stakes and a satisfying HEA.

To lose yourself in a whirlwind love story, click the “Buy Now” button right now. Will love be able to beat the odds?

The 'A Man Who Knows What He Wants' series

All books by Flora Ferrari  ❯