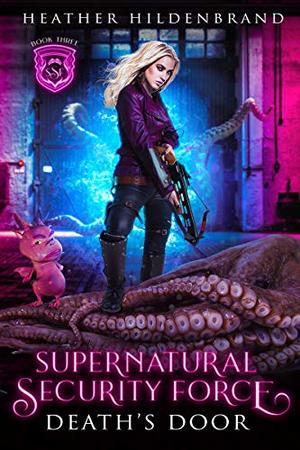 Gem’s life has gone from bad to worse faster than her secret demon baby can say “baby daddy.” What started as a crappy job and a possible killer to bring to justice has become a full-blown conspiracy from hell. Literally.

Demons are being summoned into New Orleans and Gem is sure there’s a Nephilim behind it. Now, all she has to do is prove it. Oh yeah, and not get herself killed in the process.

Too bad for Gem, everyone has secrets, including her. And when the powers-that-be find out what she’s capable of, they’ll stop at nothing to silence her once and for all.
more
Amazon Other stores
Bookmark  Rate:

'Death's Door' is tagged as:

All books by Heather Hildenbrand  ❯