Lord of Shadows (Daughters of Avalon #4) 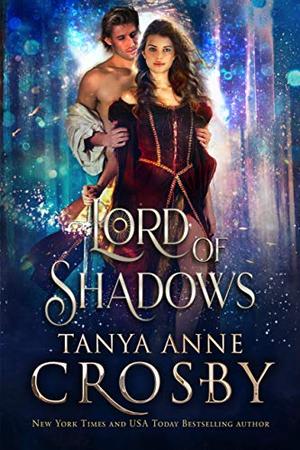 The epic finale of the Daughters of Avalon! Medieval romance with a sprinkling of fantasy.

Rhiannon's destiny is fated from the moment of her birth. She and her dewine sisters must defeat an ancient evil, or Britain itself will go the way of Avalon. Her sisters and their champions have set the stage for a final battle against the Witch Goddess Cerridwen, but Rhiannon can only fulfill her destiny if she can win the heart of the man who holds her prisoner.

Cael d'Lucy's ambition has raised him to the pinnacle of power. He's the King's executioner, and when the dust of battle has settled, he stands to rule as Duke over Wales, bending the knee only to King Stephen of England. All he must do is break a slip of a girl—Morwen's most formidable daughter. Trouble is… Rhiannon is his match, mind, body and soul. Winning her means losing Blackwood; and losing her means winning Wales, but what shall it profit a man if he gain the entire world, but lose his soul?
more
Amazon Other stores
Bookmark  Rate:

'Lord of Shadows' is tagged as:

The 'Daughters of Avalon' series

Similar books to 'Lord of Shadows'

Buy 'Lord of Shadows' from the following stores: