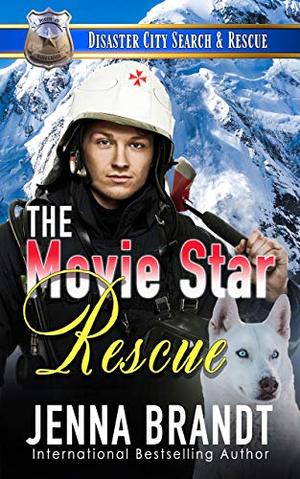 An expert mountain rescue cop, a starlet filming in a remote location, and the blizzard of the century…

Master Sergeant James Franklin, and his K9 partner, Siku, are the most decorated mountain rescue officers of all time. They've found and helped over five hundred victims during their career, but after their last rescue went terribly wrong, their DCSR lieutenant insists they need to take a break. James decides his boss can force him on vacation, but he can’t take the mountain out of him. He retreats with Siku to his cabin on Clear Mountain, but arrives just in time to get trapped by snow—a lot of it.

Nicole West is the #1 box office sweetheart in America. She’s known for her laugh-out-loud romantic comedies, but when she’s offered the dramatic role of a lifetime, she decides she wants to show everyone she can do more than make people laugh. When production gets shut down due to harsh weather conditions, everyone makes it out but Nicole and her team. She’s not sure what they are going to do until they see a light in a remote cabin. The problem—a vacationing mountain rescue cop owns it—and he doesn’t want to share with anyone but his dog.

Can James let go of his gruff ways to make room in his heart for a woman? Can Nicole focus on more than her career when an opportunity to find love comes knocking? And when an avalanche brings down the mountain, can James and Siku lead them to safety before it’s too late?

Step into the world of Disaster City Search and Rescue, where officers, firefighters, military, and medics, train and work alongside each other with the dogs they love, to do the most dangerous job of all — help lost and injured victims find their way home.
more
Amazon Other stores
Bookmark  Rate:

'The Movie Star Rescue: A K9 Handler Romance' is tagged as:

Buy 'The Movie Star Rescue: A K9 Handler Romance' from the following stores: