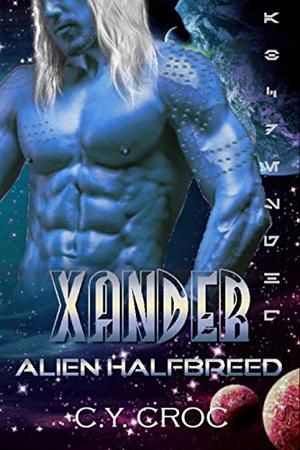 "No other females awoke my passion until her!"

Xander runs a fighting dome with his uncle on the colonized Planet Desra. The fighters are all female and they are all prisoners, purchased from the vile rat-like aliens the Taraquets, who transport them to the prison planet Prismn. They have two choices, either go straight to Prismn and see out their sentences or be sold to Xander, to fight in his dome for their freedom.

Fenolla wakes up on a new planet surrounded by a multitude of aliens, and none of them speak her language - but that is not the biggest surprise. The biggest shock is that she's being held prisoner by a 7 ft white haired blue alien with a rattling tail, skin bumps that raise with his temper and body bone blades.
He wasn't the one to abduct her but he sees potential in her to help him get the dome off his uncle.

Will the chance to do her dream job as fight trainer lure her? Will her attraction to her alien capture get in the way of her bid for freedom? Will she want to leave?
more
Amazon Other stores
Bookmark  Rate:

'Xander Alien Halfbreed: A SciFi Romance' is tagged as: