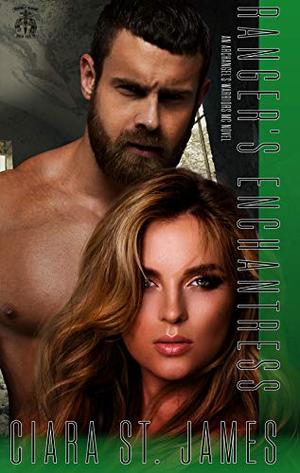 Ranger is the sergeant at arms for the Dublin Falls Archangel’s Warriors MC. He has begun to suspect he needs a change in his life. Only the change he gets isn’t what he expects. But when he saw that tiny woman in the common room of the clubhouse, he was instantly hooked.
Brielle is looking to support herself and her daughter, Rowan. She isn’t looking for a man. In fact, she wants nothing to do with men. She has a dark, secret pain no one knows about. One that has scarred her so badly, she had to run and hide. She thought she’d been successful. Her boon in gaining the Warriors’ business is a plus. Despite her leeriness, she couldn’t deny her attraction to Ranger. But she didn’t plan on pursuing it. Ranger has other ideas.
When her past and her present collide, Brielle is left for dead and Ranger is left wondering if he’ll lose her before he ever gets her. He, his club, and their friends will do anything and everything to eliminate the risk to Brielle and Rowan, including taking on the world of crime. Will Brielle get the one man she can freely trust and love? The one who can slay her demon and soothe her fears. Will Ranger be able to save his enchantress and her daughter before it’s too late and get his HEA?
more
Amazon Other stores
Bookmark  Rate: