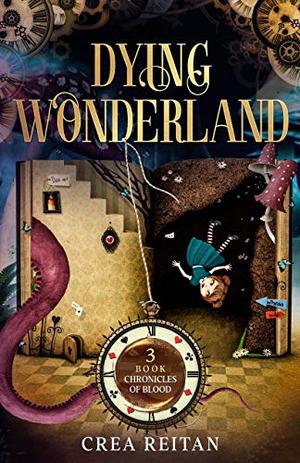 At the declaration of the Second Purging by the Bloody Queens, Mal and her coterie know it's time to step up their game. After some quick but thorough planning, the group head off on their first true mission: to visit the Kingdoms of Dymund, Klubb, and Wyte in search of support.
With the addition of Wally completing her seven - although none of them are convinced of the Knave’s true intentions - Mal is ready to start truly taking on the task of amassing enough magic and support to bring down the Queens.
As their journey heats up, so do her relationships. You’d think that having so many men to love, there wouldn’t be time for anything else. But tensions rise, jealousy sparks, and no one is comfortable, or so much as acknowledges, their emotions! It’s a Laddenworn thing… something Mal needs to get under control before it tears their group apart.
**This is a full-length new adult, reverse harem, dark romance novel with a #whychoose ending, meaning the main character gets a happily ever after with more than one man (eventually). It contains magic, demons, shifters, nonsense, explicit sex scenes, blood, violence, murder. There are references to past emotional abuse. This is a MMFMM book with a STRONG focus on the woman (although there is some MM and MMF in here, too). This is book 3 of 4 in the series.
more
Amazon Other stores
Bookmark  Rate:

'Dying Wonderland' is tagged as:

The 'Chronicles of Blood' series

All books by Crea Reitan  ❯